Travel Well Traveled
Climbing Mt. Kilimanjaro
Trips can range from $1000 with a budget company to $6000 for a luxury climb. Which tour company to pick will depend on your needs but personally, I think budget outfitters provide as great of a climb as luxury outfitters. With a luxury climb, you can expect a table and chairs set up for every meal (even lunch while on the trail), your own bathroom tent (a bucket with a toilet seat), a cot, and maybe a solar shower. My budget climb did not have any of these things but I like backpacking and camping so all of those things seemed silly to us. I climbed Kilimanjaro for the whole experience and having a luxury trip seemed to take some of that away. A budget outfitter still provides meals fancier than you could imagine on top of a mountain. We had chicken and eggs the entire way up and back down (a porter or two will go back down the mountain every couple days to bring fresh food). Public latrines are just that, no better or worse than anywhere else. Once you get toward the top of the mountain there are fewer public bathrooms so you'll have to find a spot on the trail anyway. My guide was extremely knowledgeable and made us feel safe so there was no real difference there either.

Once you decide which bells and whistles you want (or don't want) you'll have to pick a route. The shortest route is five days and starts at just under $1000. Longer routes take 8-9 days depending on how many acclimatization days you have. Marangu can be done in 5-6 days and is one of the most popular routes. It has huts to sleep in and ranger stations for snacks along the trail. While it is generally the cheapest because it is an easy trip to organize, success rate to the peak is about 42%. I could not find any accurate success rates from other routes but they are all higher than Marangu. I chose the Machame route which is now the most popular route on Kilimanjaro. I was traveling alone and found out another solo traveler had chosen the Machame route when I wanted to climb so that was the sole reason for my decision. Machame can be done in a minimum of six days but I chose to do it in seven. No matter which route you pick, everyone will recommend the acclimatization route if you can afford it. It was a simple decision for me; I was paying over $1000 to climb and I wanted to be successful. I did very well with altitude and probably did not need the extra acclimatization day but I am glad I had it anyway. My climbing partner who was also physically fit did experience altitude sickness and would not have summited if we only had six days. I also recommend you carry altitude sickness medicine (diamox) for everyone in your party. You might not need it but you'll be glad you have it if you do get sick. I purchased mine in Kenya before climbing and it is easily available and much cheaper to purchase from a local pharmacy on arrival.

I was already in Kenya and had no equipment with me so I rented everything I used on the mountain from my tour provider (poles, gloves, sleeping bag, coat) but you can easily bring your own. When deciding your route and tour provider you should also remember you are expected to tip your entire crew (porters, cooks, and guides). Most companies recommend you tip $200-$300/per climber to be split among the crew. Guides usually receive a higher percentage of tips than porters but that is for you to decide. A reputable company will package everything for the climb and you should expect park fees, transportation to the mountain, meals, guides/porters, and rescue services to be included in your fee. If they do not specify, ask for clarification as some companies have been known to charge extra for rescue services or park fees. Many companies also exaggerate the success rate they have of getting clients to the summit. Be cautious when you see a high percentage. In general, it is best to find reviews of some tour operators or ask them for testimonials before you book.

The budget operator I used was Paul Robert Shayo, prshayos@hotmail.com. He was affordable, his guides are knowledgeable, and we felt they had our best interests in mind the entire time. You can read other reviews from his company on trip advisor and lonely planet. 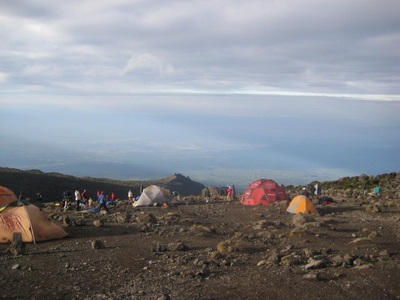 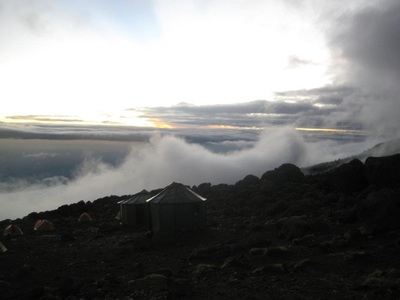 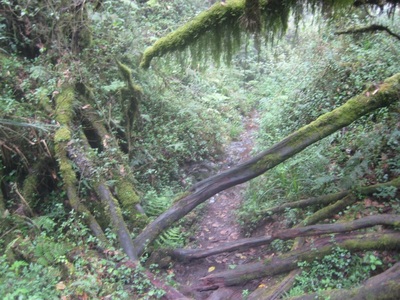 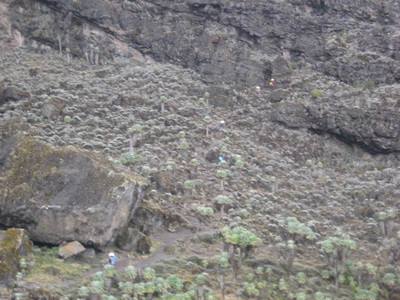 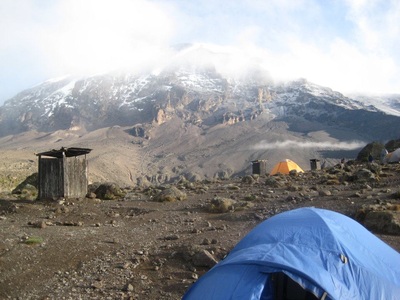 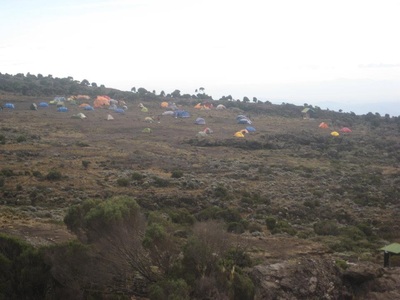 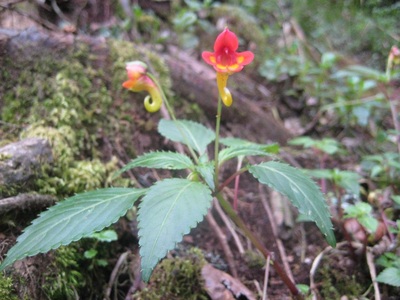 So now that you have picked your route and tour operator, what else should you know?

Be sure to tell your company any food likes/dislikes or dietary restrictions. Our company packed porridge for breakfast every morning only to find out both my climbing partner and I did not like it. Instead I had fruit and a peanut butter sandwich every morning (bring your own peanut butter or make a special request). You will eat well on the mountain! Most people tend to lose their appetite at high altitude but I gained an appetite. I think it was a good thing my climbing partner was too sick to eat for a couple days because I am sure I ate her share too. We both brought our own snacks with us; if you have a comfort food while hiking, bring it along. Mine were payday bars, cranberry and almond trail mix, and skittles.

How difficult is the climb? Personally, I think if you are in decent shape and occasionally go hiking you will have no trouble on any part of the mountain. I never felt extremely challenged like I was exerting all my energy until the summit night. Even then, we moved at a steady pace. My climbing partner and I were able to complete each day 2-3 hours ahead of schedule. That gave us the flexibility to leave camp a little later each day instead of fighting the crowd. We also started our summit attempt two hours later than most groups. If you arrive too early, it is dark and cold with nothing to see. Our decision was perfect and it was nice and bright by the time we reached the summit. A note for any of you who feel ravenous at altitude like I did; your guide will encourage you to eat very little before summit so you have time to digest it before reaching the peak. I listened and was starving a couple hours into the trek. Luckily I packed another half of a sandwich just in case. I quickly ate it but was still hungry so my summit was fueled by skittles. I have never been more excited to eat than when we reached camp after summiting.

Now a tip for the ladies: My climbing partner brought p-mates with her. It is a disposable cardboard tube you can use to pee standing up. I must admit, on day one, I thought it was a little ridiculous; what's wrong with squatting? By day four I was thanking her for bringing such an amazing device. High altitude causes you to pee, a lot! To avoid sickness you must also drink plenty of water to stay hydrated. This usually means relieving yourself every couple hours round the clock, even in the middle of the night. It is recommended you bring a pee bottle (trust me, everyone has one or wishes they did) and once we got to high altitude and it was below freezing outside we had an agreement that nighttime relieve could be done in the vestibule without trekking across camp in the freezing cold to the pit toilet. To pee in a bottle without p-mate, you still have to pull your pants down which is extremely cold high up on the mountain. It was this night I decided to try p-mate. It was amazing! My pants stayed up and surprisingly, I didn't get any pee on myself (I was extremely skeptical). I know you might think this all sounds ridiculous too but don't say I didn't warn you!

-from the Beautiful and Scientific Traveler 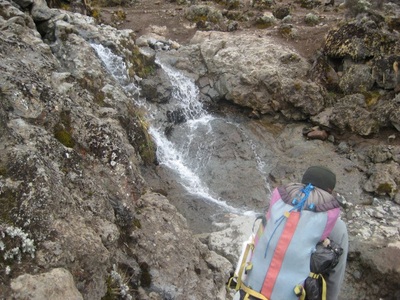 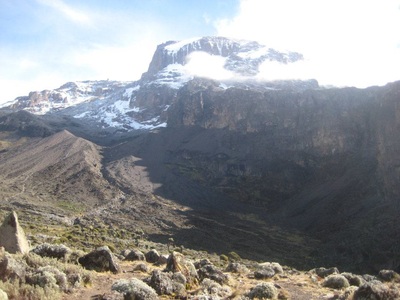 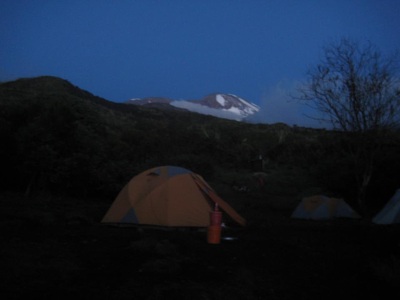 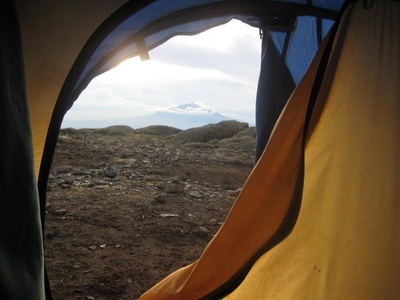 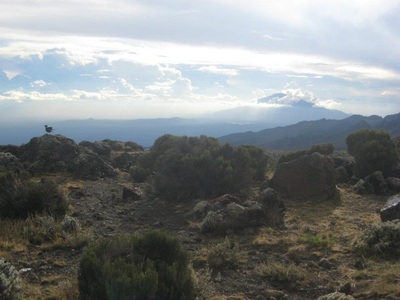 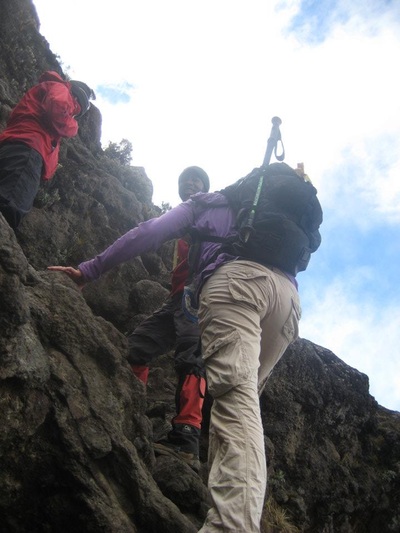 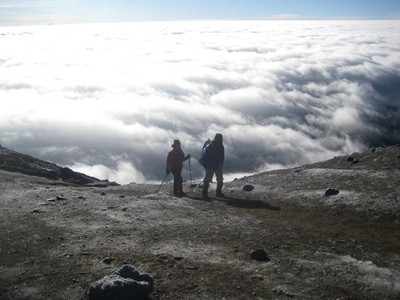 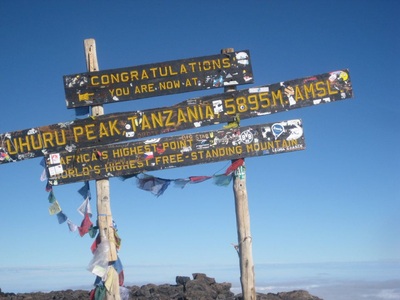